The popular sol-para has been renewed for the first time in seven years as a SW lure entrance rod with a list price of 10,000 yen or less! This time we introduce five Asian models

Solpara popular as an entry primer rod for salt is renewed at a fixed price of 10,000 yen or less!

„Solpara“ is known as a rod brand for beginners of major craft SW lure game!

There is a rich lineup for each fish species in a low price series that cuts out 10,000 yen at regular price! The secret of popularity is low price, but it is gaining popularity at the height of Cospa with a pretty high spec

Meanwhile, in 2018, Solpara is renewed one after another and debuted in September 2018!

Solpalla renewed for the first time in seven years!

In the lure game that continues to evolve year by year, the role of the rod corresponding to the latest lure and method is very important.

So Majakura renewed NEW SolPara to correspond to the latest lure game!

It has been redesigned from the carbon material, renovated to details such as grip shape and guide setting.

Although it is such a NEW Solpara series, I want to introduce this time is the Asian model !

I will introduce one piece!

Short rods are advantageous in short distance battles. It is lightweight and it has good handling and high sensitivity, so it’s easy to take small atari. To the angler who wants to raise the jig alone.

Night game will be fishing around the night light. Because the point within the range where the lights are lit up, rods of 6 feet are mainstream. Speaking of a basic one is in Kore.

It is a model for long distant jig head rig. Lightweight rigs are difficult to cast unexpectedly. Easy to throw at beginners, easy to hang, perfect for entry! 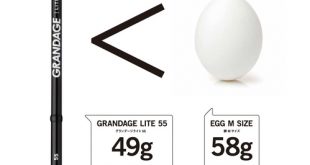